Created by world renown artist Jonas Never, The Ellison Murals have fast-become a must-see when visiting Venice Beach. Commemorating local icons, and some former Ellison residents, these murals are stunning art pieces that continue to promote the Authentic Venice Beach experience while bringing new life and excitement to the area. Lana Del Rey was the first mural that was created at The Ellison Suites. She is an American singer and songwriter from New York City who now resides in Los Angeles. She is a brilliant musician and performer who has released 5 studio albums that have all charted #1 or #2 in the United States, and Top 8 around the world in major markets.

Jim Morrison was an American singer, songwriter and poet, best remembered as the lead singer of the Doors. Due to his poetic lyrics, distinctive voice, wild personality, performances and the dramatic circumstances surrounding his life and early death, Morrison is regarded by music critics and fans as one of the most iconic and influential frontmen in rock music history. 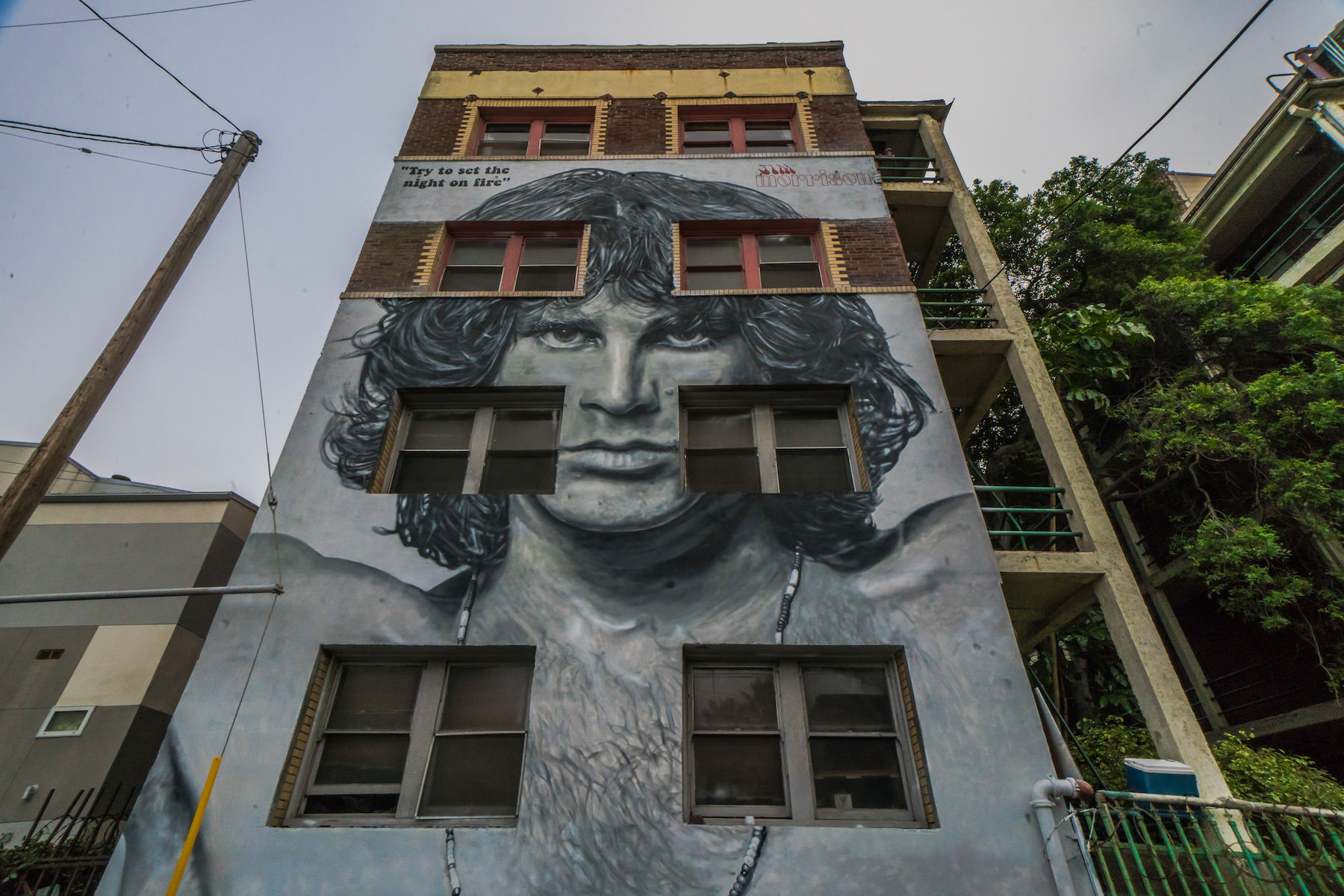 Sir John Vincent Hurt was an English actor whose screen and stage career spanned more than 50 years. Hurt was regarded as one of Britain’s finest actors; director David Lynch described him as “simply the greatest actor in the world”.

His career spanned six decades. He had roles in over 130 films with dozens of television roles.

Marilyn Monroe was an American actress, model, and singer. Famous for playing comic “blonde bombshell” characters, she became one of the most popular sex symbols of the 1950s and was emblematic of the era’s attitudes towards sexuality. Although she was a top-billed actress for only a decade, her films grossed $200 million by the time of her unexpected death in 1962. More than half a century later, she continues to be a major popular culture icon.